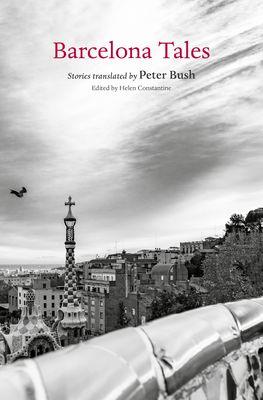 $21.95
In Stock
By Constantine, Helen; Bush, Peter
This has been added to your cart!
Something went wrong, please contact the Bookstore for assistance.

Barcelona is one of the most visited cities in Europe, a multilingual capital of an autonomous region that longs to be independent of Spain. The city is famous for its painters, modernist architecture, style of football, and its history, but as Peter Bush reveals it has always been a major centre of literary talent and creativity. Barcelona Tales presents a selection of newly translated short stories by 14 writers, many of them Catalan. The stories explore the themes of migration and class conflict in a city renowned in world literature from the day rural innocents Don Quixote and Sancho Panza visited its streets at the beginning of the seventeenth-century, and witnessed the wonders of the printing press and the cruelties of slavery. Together, they open up the city in ironic, tragic, and lyrical ways, inviting readers to explore fictional lives and literary styles that reflect the dynamic, conflict-ridden character and history of this great European city.

Peter Bush first went to Barcelona in 1968 to research writing inspired by the 1868 Revolution and in 1970 he returned to help set up a group opposed to the Franco dictatorship. He lived in Barcelona for 10 years after retiring from his post as Director of the British Centre for Literary Translation in 2003. An award-winning literary translator, he has translated over seventy books from Catalan, French, Portuguese and Spanish: modern classics like Merce Rodoreda's In Diamond Square or Valle-Inclan'sTyrant Banderas and work by living authors like Jorge Carrion's Bookshops and Najat el Hachmi'sThe Last Patriarch.