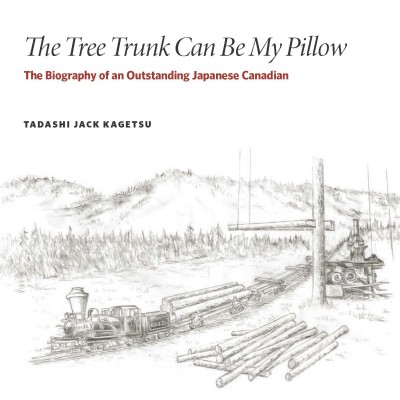 The Tree Trunk Can Be My Pillow

$33.95
Not In Stock
By Kagetsu, Tadashi Jack
This has been added to your cart!
Something went wrong, please contact the Bookstore for assistance.

“This book is a son’s tribute to his father, delivered to readers after the death of both. As Jack Kagetsu laboured for a decade on his manuscript, travelling to archives, combing newspaper articles, and organizing his findings as well as his memories into writing, he must have felt that he was discovering parts of himself as well as his father. It is a very personal history. The book also has communal resonance for Japanese Canadians. It reflects reverence for elders and speaks to the accomplishments and losses of a generation of immigrant founders, the Issei. In the case of Eikichi Kagetsu both accomplishment and loss were of staggering proportions; perhaps no one else built so much, only to see it stolen in the mid-twentieth century odyssey of Japanese Canadians.” -Dr. Jordan Stanger-Ross, Department of History, University of Victoria