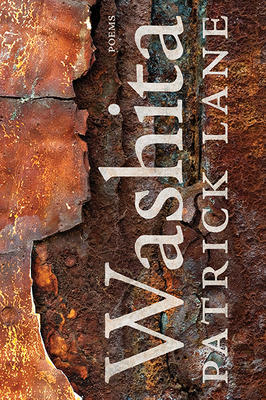 $3.00 $18.95
In Stock
By Lane, Patrick
This has been added to your cart!
Something went wrong, please contact the Bookstore for assistance.

"Lane is a poet more of the individual, hard-hitting poem; like physical blows, he wields his pieces like small threats of intense beauty."
--Globe and Mail

Following the success of his award-winning memoir There is a Season (2004) and his bestselling novel Red Dog, Red Dog (2008), Patrick Lane felt his celebrated poetry career might be at an end and published his Collected Poems in 2011. But the process of revisiting his collected poetic works rekindled his first love and launched him on a new phase of poetry composition that resulted in this impressive and distinctive new book.

Honest and self-aware, Washita evokes some of the most inexpressible experiences a human being can undergo: the loss of a parent, the breakdown of a body, the perversion of nature, the acquiring of wisdom. In "Hard-Rock," a boy begins to understand that his father will die: "His lungs created elaborate cathedrals from quartz dust, / a crystal symphony playing Mahler under water." In "Submission," a speaker struggles with losing his sight, capable only of expressing himself through metaphor. But amid this darkness sparks an awareness of the artistry of the world: "Vete a la mierda, hijo de puta! / Hate is beautiful in Spanish."

As might be expected from a seventy-five-year-old poet, Washita is reflective in tone, exploring all facets of the poet's own life as well as those others his has touched. Introducing a new style employing medium-length, end-stopped lines, terse diction and concrete imagery, Washita has a solidity and mastery that marks it as a new highlight in Lane's distinguished career.