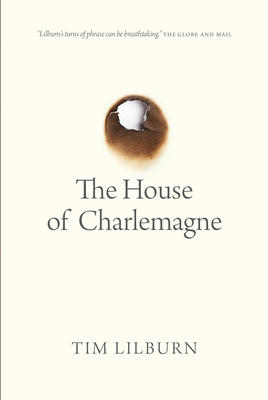 The House of Charlemagne

$19.95
In Stock
By Lilburn, Tim
This has been added to your cart!
Something went wrong, please contact the Bookstore for assistance.

Louis Riel prophesied that a polyglot Métis nation would rise on the prairies five hundred years after his death, and that it would be called by the “joyous name” of the House of Charlemagne. This new polity would be built on the principles of Riel’s Massinahican, a radical philosophical system which now survives only in fragments. Its hallmarks would be justice, ontological accord, and the blurring of all separations dividing women and men, the earth and human beings. The House of Charlemagne tracks the birth of this ideal nation in the burning imagination of the young settler Henry Jackson, who took the name Honoré Jaxon after his encounter with Riel’s vision.

Commissioned by Edward Poitras as a text for dancers, Tim Lilburn’s poem gives voice and body to Riel’s prescient metaphysics. As the Jury citation said of his Governor General's Award winning Kill-Site, "Lilburn's work is richly figurative, but firmly rooted in colloquial speech. He is not only a virtuoso at the linguistic level, taking risks with metaphor and line, but also steeped in a metaphysics of place."

Tim Lilburn was born in Regina, Saskatchewan. He has published ten books of poetry, including To the River (1999), Kill-site (2003), Assiniboia (2012) and The Names (2016). His work has received the Governor General’s Award, the Saskatchewan Book of the Year Award and the Canadian Authors Association Award among other prizes. Lilburn has produced two books of essays, both concerned with poetics, eros and politics, Living in the World as if It Were Home (1999) and Going Home (2008). A third collection, completing the trilogy, The Larger Conversation: Contemplation and Place, will be published by the University of Alberta Press in 2017. He teaches at the University of Victoria.