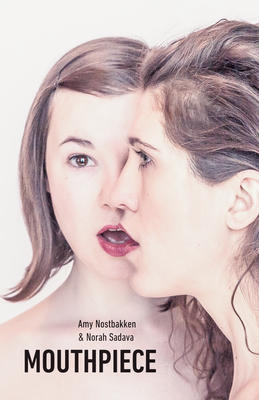 $19.95
In Stock
By Nostbakken, Amy; Sadava, Norah; Landsberg, Michele
This has been added to your cart!
Something went wrong, please contact the Bookstore for assistance.

Co-artistic director of Quote Unquote Collective, Norah Sadava is an award-winning Toronto-based performer and playwright with a background in devised physical theatre. A graduate of the MFA program at the Dell'Arte International School of Physical Theatre in Blue Lake, California, she has been involved in the writing and creation of new work with numerous companies both in Canada and internationally. International credits include; The Hinterlands Ensemble (Milwaukee, WI), Mud/Bone Collective (Brooklyn, NY), TeatroIATI (NYC, NY), PunchDrunk (UK/US), and Caravan Stage (Sicily, Italy). In Canada, Norah has assisted in co-creating 5-time Dora-nominated The Double with Bad New Days (co-produced with the Tarragon Theatre, Toronto ON), Dora-nominated The Tale of a T-Shirt with FIXTPoint Theatre (Toronto, ON), Bloody Family with Philip McKee (in association with The Theatre Centre, Toronto, ON), The Stranger with DopoLavoro Teatrale (Toronto, ON), Wildlife with Events in Real Time (Toronto, ON) and The Tale of a Town London and Ottawa with FIXTPoint Theatre. Currently, Norah is developing Quote Unquote's next show Now You See Her - an all female Rock opera. She also teaches music and movement for performers, and is a certified Yoga instructor. Amy Nostbakken is co-artistic director of Quote Unquote Collective and a core member of Theatre Ad infinitum UK. An award-winning playwright, performer, and musician, Amy graduated from Concordia University with a degree in Theatre Studies in 2005 and then trained for two years at l'École internationale de Théâtre Jacques Lecoq in Paris. She has co-created and composed numerous award-winning productions including Theatre Ad Infinitum's First Class (2011), Ballad of the Burning Star (2013) , and the one-woman show The Big Smoke, winner of a 2011 Argus Angel Award, a 2012 Manchester Theatre Award, and 2015 Solo United Festival award in NYC. Most recently Amy composed, performed, and acted as musical director for Theatre Ad infinitum's highly acclaimed Bucket List, which premiered at the 2016 Edinburgh Fringe, and is currently developing Quote Unquote Collective's Now You See Her, an all-female rock opera. Amy teaches theatre to adults and young people and runs Quote Unquote Collective's workshops for both amateurs and industry professionals.