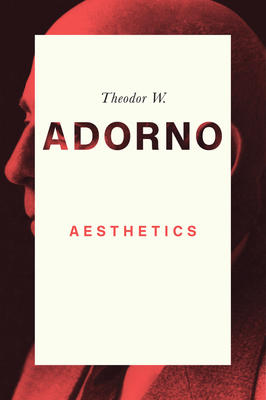 $34.95
Not In Stock
By Adorno, Theodor W; Ortland, Eberhard; Hoban, Wieland
This has been added to your cart!
Something went wrong, please contact the Bookstore for assistance.

This volume of lectures on aesthetics, given by Adorno in the winter semester of 1958–9, formed the foundation for his later Aesthetic Theory, widely regarded as one of his greatest works.

The lectures cover a wide range of topics, from an intense analysis of the work of Georg Lukács to a sustained reflection on the theory of aesthetic experience, from an examination of works by Plato, Kant, Hegel, Schopenhauer, Kierkegaard and Benjamin, to a discussion of the latest experiments of John Cage, attesting to the virtuosity and breadth of Adorno's engagement.  All the while, Adorno remains deeply connected to his surrounding context, offering us a window onto the artistic, intellectual and political confrontations that shaped life in post-war Germany.

This volume will appeal to a broad range of students and scholars in the humanities and social sciences, as well as anyone interested in the development of critical theory.

Theodor W. Adorno (1903-1969), a prominent member of the Frankfurt School, was one of the most influential thinkers of the 20th century in the areas of social theory, philosophy and aesthetics.