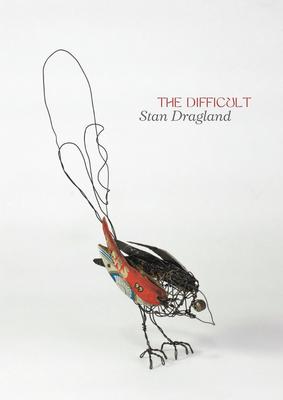 $22.00
In Stock
By Dragland, Stan
This has been added to your cart!
Something went wrong, please contact the Bookstore for assistance.

The Difficult was at first a footnote to an essay on Lisa Moore's novel, February. I was defending that novel against an absurd charge that it was anti-feminist. That quite accessible novel had been so superficially and insensitively read that I began to wonder how any such reader could begin to cope with more challenging books. From the essay on February, that was too great a detour, certainly for the book (Strangers & Others: Newfoundland Essays) it appeared in, so I cut it. I let the subject of reading and writing about difficult texts lie for a few years, went on to other projects, until I found myself talking to Jack Davis, a former student and Pedlar Press poet, about hatchet reviewing in this country. I mentioned to Jack that I had written something on the subject of reviewing and could send it to him, if he was interested. He was. To refresh myself on what I'd said, I read it over, began to revise and expand. That's how I got back into the subject. Many interesting things happened while writing this book. My friend Phil Hall sent me a poem, for example. That got me thinking back over my long readership of his work, which led me to write a new section of what was now becoming a book. This section includes ruminations on the career of Red Skelton, the televangelism of Joel Osteen, the journalism of Andrew O'Hagan and other things. In other words, the section swings widely (as do other sections) between disparate but related subjects. Thinking about my "method" caused me to coin the word "meanderthal" for what I do. Other chance encounters with various texts provoked like meanders.