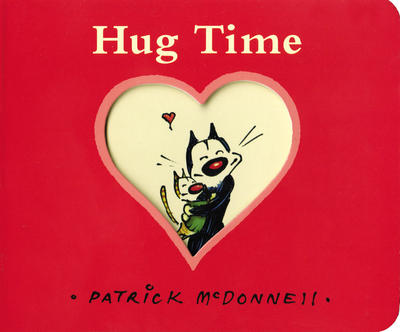 $10.49
In Stock
By McDonnell, Patrick
This has been added to your cart!
Something went wrong, please contact the Bookstore for assistance.

There was once a kitten so filled with love he wanted to give the whole world a hug!

Jules the kitten (also known in the MUTTS cartoons as "Shtinky Puddin'") knows that hugs can make the world a better place. So he makes a "Hug To-Do List"--with the endangered species of the world at the top--and travels the globe to show all of the animals that someone cares. From Africa to the North Pole to his own back yard, Jules proves a hug is the simplest--but kindest--gift we can give. With its gently environmental theme, this joyous story about sharing love is an ideal gift year-round.

PATRICK MCDONNELL is the creator of the Mutts comic strip, which recently celebrated its fifteenth anniversary, as well as several bestselling and acclaimed children's books including Me . . . Jane, The Gift of Nothing, Hug Time, Wag!, Just Like Heaven, South, and Art. He has been hailed as "the next Charles Schulz." Patrick sits on the board of directors of the Humane Society of the United States, and has won numerous awards for both Mutts and his animal welfare work. He is also the co-creator of Guardians of Being with Eckhart Tolle. He lives in New Jersey with his wife, Karen, their formerly feral cat, MeeMow, and their newly adopted terrier, Amelie.