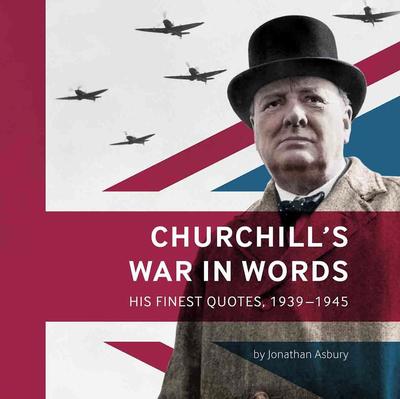 $23.75
Not In Stock
By Asbury, Jonathan
This has been added to your cart!
Something went wrong, please contact the Bookstore for assistance.

Churchill’s War in Words transports the reader back to the urgency and terror of World War II in order to tell the story of Churchill’s approach to the war as it unfolded.  Focusing only on words used at the time—both by Churchill and those in his circle—the book reveals the way that Winston Churchill talked about the conflict in public and in private and how he was viewed at the time by family, friends, politicians, military leaders, staff, voters, allies, and enemies.

Presented in chronological order and accompanied by short year-by-year introductions and one hundred images, the quotations chosen by Jonathan Asbury convey afresh the full force of Churchill’s oratory, the wit he displayed in the face of often appalling odds, and the hopes and fears that he inspired in those around him. Together they reveal to the modern reader what it was truly like to be locked in a struggle where victory—or total defeat—was yet to be decided.

Jonathan Asbury is the author of Secrets of Churchill’s War Rooms, among other books.