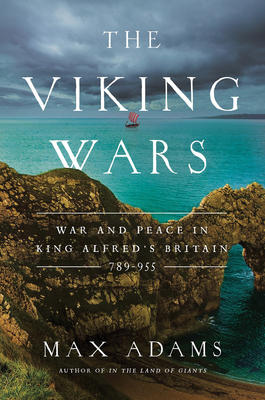 $25.95
In Stock
By Adams, Max
This has been added to your cart!
Something went wrong, please contact the Bookstore for assistance.

A history of Britain in the violent and unruly era between the first Scandinavian raids in 789 and the final expulsion of the Vikings from York in 954.

In 865, a great Viking army landed in East Anglia, precipitating a series of wars that would last until the middle of the following century. It was in this time of crisis that the modern kingdoms of Britain were born. In their responses to the Viking threat, these kingdoms forged their identities as hybrid cultures: vibrant and entrepreneurial peoples adapting to instability and opportunity.

Traditionally, Alfred the Great is cast as the central player in the story of Viking Age Britain. But Max Adams, while stressing the genius of Alfred as war leader, law-giver, and forger of the English nation, has a more nuanced narrative approach to this conventional version of history. The Britain encountered by the Scandinavians of the ninth and tenth centuries was one of regional diversity and self-conscious cultural identities, depicted in glorious narrative fashion in The Viking Wars.

Max Adams is the author of In the Land of Giants as well as a number of other books published in Britain. A university professor, Max lives in the northeast of England.