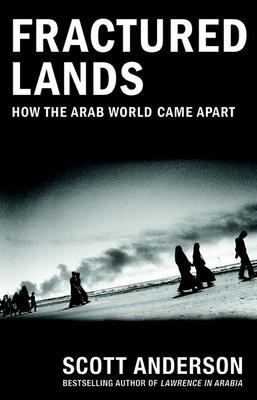 $22.00
Not In Stock
By Anderson, Scott
This has been added to your cart!
Something went wrong, please contact the Bookstore for assistance.

The catastrophic story of how the Arab world has descended into chaos since the 2003 invasion of Iraq as told by the National Book Critics Circle Award finalist and international bestselling author of Lawrence in Arabia, a probing and insightful work of reportage.

From world-renowned war correspondent, Scott Anderson, comes this gripping, human account of the unraveling of the Arab world, the rise of ISIS, and the global refugee crisis after the United States invasion of Iraq in 2003. This
portrait of the region is framed by the stories of six individuals--the matriarch of a dissident Egyptian family, a Libyan Air Force cadet with divided loyalties, an Iraqi day-laborer turned ISIS fighter, a Kurdish doctor on leave from his practice to fight ISIS, a college student caught in the chaos of Aleppo, and an Iraqi women's rights
activist targeted by militias. Through these personal stories, the myriad, complex causes of the widespread war and instability in the region come into focus and the concrete reality of the unspeakable tragedies occurring in the Middle East becomes clear.

Scott Anderson is a veteran war correspondent who has reported from Lebanon, Israel, Egypt, Northern Ireland, Chechnya, Sudan, Bosnia, El Salvador and many other strife-torn countries. A frequent contributor to the New York Times Magazine, his work has also appeared in Vanity Fair, Esquire, Harper's, and Outside. He is the author of novels Moonlight Hotel and Triage and of non-fiction books Lawrence in Arabia, The Man Who Tried to Save the World, and The 4 O'Clock Murders, and co-author of War Zones and Inside The League with his brother Jon Lee Anderson. The author lives in New York, NY.