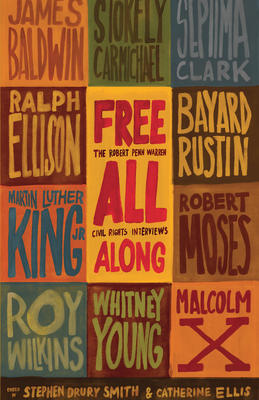 $40.50
Not In Stock
By Smith, Stephen Drury; Ellis, Catherine
This has been added to your cart!
Something went wrong, please contact the Bookstore for assistance.

?This is an expression not of people who are suddenly freed of something, but people who have been free all along.? ?Ralph Ellison, speaking with Robert Penn Warren

In 1964, in the height of the civil rights movement of the 1960s, Pulitzer Prize–winning author and poet Robert Penn Warren set out with a tape recorder to interview leaders of the black freedom struggle. He spoke at length with luminaries such as James Baldwin, Martin Luther King Jr., Stokely Carmichael, Ralph Ellison, and Roy Wilkins, eliciting reflections and frank assessments of race in America and the possibilities for meaningful change. In Harlem, a fifteen-minute appointment with Malcolm X unwound into several hours of vivid conversation.

A year later, Penn Warren would publish Who Speaks for the Negro?, a probing narrative account of these conversations that blended his own reflections with brief excerpts and quotations from his interviews. Astonishingly, the full extent of the interviews remained in the background and were never published. The audiotapes stayed largely unknown until recent years. Free All Along brings to life the vital historic voices of America’s civil rights generation, including writers, political activists, religious leaders, and intellectuals.

A major contribution to our understanding of the struggle for justice and equality, these remarkable long-form interviews are presented here as original documents that have pressing relevance today.

Stephen Drury Smith is the executive editor and host of APM Reports®, the acclaimed documentary unit of American Public Media. He lives in St. Paul, Minnesota. Catherine Ellis is an award-winning broadcast and podcast journalist, and the founder of Audio Memoir. Ellis holds a PhD in anthropology from Columbia University, where her research compared the way whites and African Americans in Louisiana remember the Jim Crow era. She lives in Boston, Massachusetts. They are both co-editors of Say It Plain: A Century of Great African American Speeches, and Say It Loud: Great Speeches on Civil Rights and African American Identity and (with Mary Marshall Clark and Peter Bearman) of After the Fall: New Yorkers Remember September 2001 and the Years That Followed, all published by The New Press.