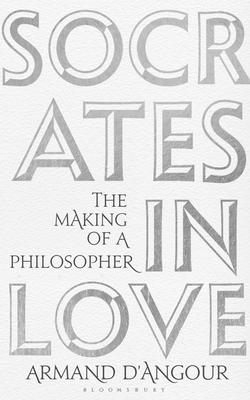 $37.00
Not In Stock
By D'Angour, Armand
This has been added to your cart!
Something went wrong, please contact the Bookstore for assistance.

An innovative and insightful exploration of the passionate early life of Socrates and the influences that led him to become the first and greatest of philosophers.

Socrates: the philosopher whose questioning gave birth to the foundations of Western thought, and whose execution marked the end of the Athenian Golden Age. Yet despite his pre-eminence among the great thinkers of history, little of his life story is known. What we know tends to begin in his middle age and end with his trial and death. Our conception of Socrates has relied upon Plato and Xenophon--men who met him when he was in his fifties, a well-known figure in war-torn Athens.

There is mystery at the heart of Socrates's story: what turned the young Socrates into a philosopher? What drove him to pursue with such persistence, at the cost of social acceptance and ultimately his life, a whole new way of thinking about the meaning of existence?

In this revisionist biography, classicist Armand D'Angour draws on neglected sources to explore the passions and motivations of young Socrates, showing how love transformed him into the philosopher he was to become. What emerges is the figure of Socrates as never previously portrayed: a heroic warrior, an athletic wrestler and dancer--and a passionate lover. Socrates in Love sheds new light on the formative journey of the philosopher, finally revealing the identity of the woman who Socrates claimed inspired him to develop ideas that have captivated thinkers for 2,500 years.

Armand D'Angour is an Associate Professor of Classics at Oxford and Fellow and Tutor at Jesus College, Oxford. Author of The Greeks and the New (2011), an investigation into ancient Greek attitudes to novelty, he has written widely about Greek and Latin poetry, music and literature, and was commissioned to compose odes in ancient Greek for the Olympic Games in Athens (2004) and London (2012). He was trained as a pianist and cellist as well as a classicist, and has recently reconstructed ancient Greek music from original documents on stone and papyrus.