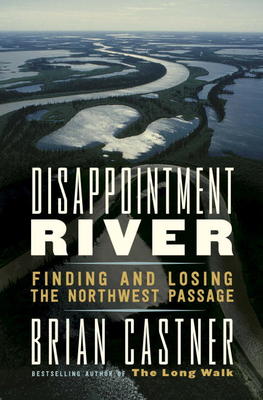 $35.00
Low In Stock
By Castner, Brian
This has been added to your cart!
Something went wrong, please contact the Bookstore for assistance.

In 1789, Alexander Mackenzie travelled the 1,125 miles of the immense river in Canada that now bears his name, in search of the fabled Northwest Passage. In 2016, the acclaimed memoirist Brian Castner retraced Mackenzie's route by canoe in a grueling journey—in search of Mackenzie's Passage 200 years later.

Disappointment River is a dual historical narrative and travel memoir that at once transports readers back to the heroic age of North American exploration and places them in a still rugged but increasingly fragile Arctic wilderness in the process of profound alteration by the dual forces of energy extraction and climate change. Fourteen years before Lewis and Clark, Mackenzie set off to cross the continent of North America with a team of voyageurs and Chipewyan guides.
In this book, Brian Castner not only retells the story of Mackenzie's epic voyages in vivid prose, he personally retraces his travels in an 1,125-mile canoe voyage down the river that bears his name, battling exhaustion, exposure, mosquitoes, white water rapids and the threat of bears. He transports readers to a world rarely glimpsed in the media, of tar sands, thawing permafrost, remote indigenous villages and, at the end, a wide open Arctic Ocean that has the potential of becoming a far-northern Mississippi of barges and pipelines and oil money.

BRIAN CASTNER is a former Explosive Ordnance Disposal officer who received a Bronze Star for his service in the Iraq War. He is the author of two books, The Long Walk (2012) and All the Ways We Kill and Die (2016), and the co-editor of the anthology The Road Ahead (2017). His journalism and essays have appeared in Esquire, Wired, Vice, the New York Times, the Washington Post, the Atlantic, and other publications. He and his family live in Buffalo, New York.