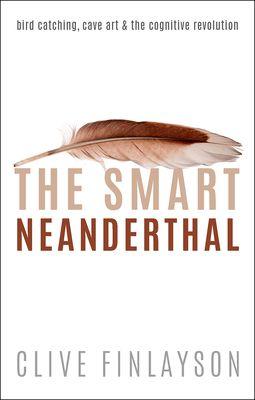 $32.95
Not In Stock
By Finlayson, Clive
This has been added to your cart!
Something went wrong, please contact the Bookstore for assistance.

Since the late 1980s the dominant theory of human origins has been that a "cognitive revolution" (C.50,000 years ago) led to the advent of our species, Homo sapiens. As a result of this revolution our species spread and eventually replaced all existing archaic Homo species, ultimately leading to the superiority of modern humans. Or so we thought. As Clive Finlayson explains, the latest advances in genetics prove that there was significant interbreeding between Modern Humans and the Neanderthals. All non-Africans today carry some Neanderthal genes. We have also discovered aspects of Neanderthal behaviour that indicate that they were not cognitively inferior to modern humans, as we once thought, and in fact had their own rituals and art. Finlayson, who is at the forefront of this research, recounts the discoveries of his team, providing evidence that Neanderthals caught birds of prey, and used their feathers for symbolic purposes. There is also evidence that Neanderthals practised other forms of art, as the recently discovered engravings in Gorham's Cave Gibraltar indicate. Linking all the recent evidence, The Smart Neanderthal casts a new light on the Neanderthals and the "Cognitive Revolution". Finlayson argues that there was no revolution and, instead, modern behaviour arose gradually and independently among different populations of Modern Humans and Neanderthals. Some practices were even adopted by Modern Humans from the Neanderthals. Finlayson overturns classic narratives of human origins, and raises important questions about who we really are.

Clive Finlayson is an evolutionary biologist whose research areas focus on birds and the behavioural ecology of Neanderthals. He has been the Director of Excavations at Neanderthal sites in Gibraltar since 1989, and has been involved in major recent discoveries, including that of the first known engraving made by a Neanderthal. A regular contributor to BBC News Online (Science and Environment), he is also the author of several books, including The Improbable Primate (OUP, 2014) and The Humans Who Went Extinct (OUP, 2010). He was elected to the Academia Europaea in 2010.