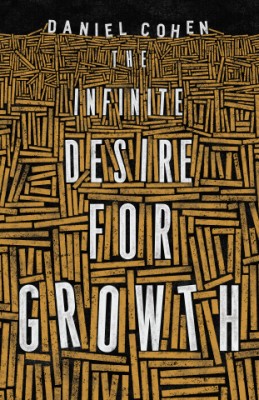 The Infinite Desire for Growth

$33.50
Not In Stock
By Cohen, Daniel; Todd, Jane
This has been added to your cart!
Something went wrong, please contact the Bookstore for assistance.

Why society's expectation of economic growth is no longer realistic

Economic growth--and the hope of better things to come-is the religion of the modern world. Yet its prospects have become bleak, with crashes following booms in an endless cycle. In the United States, eighty percent of the population has seen no increase in purchasing power over the last thirty years and the situation is not much better elsewhere.The Infinite Desire for Growthspotlights the obsession with wanting more, and the global tensions that have arisen as a result. Amid finite resources, increasing populations, environmental degradation, and political unrest, the quest for new social and individual goals has never been so critical.

Leading economist Daniel Cohen provides a whirlwind tour of the history of economic growth, from the early days of civilization to modern times, underscoring what is so unsettling today. The new digital economy is establishing a "zero-cost" production model, inexpensive software is taking over basic tasks, and years of exploiting the natural world have begun to backfire with deadly consequences. Working hard no longer guarantees social inclusion or income. Drawing on economics, anthropology, and psychology, and thinkers ranging from Rousseau to Keynes and Easterlin, Cohen examines how a future less dependent on material gain might be considered and, how, in a culture of competition, individual desires might be better attuned to the greater needs of society.

At a time when wanting what we haven't got has become an obsession,The Infinite Desire for Growthexplores the ways we might reinvent, for the twenty-first century, the old ideal of social progress.

Daniel Cohenis director of the Economics Department at the École Normale Supérieure in Paris and a founding member of the Paris School of Economics. A former adviser to the World Bank, Cohen was made a Chevalier of the Legion of Honor in 2001. His many books includeGlobalization and Its EnemiesandThe Prosperity of Vice.