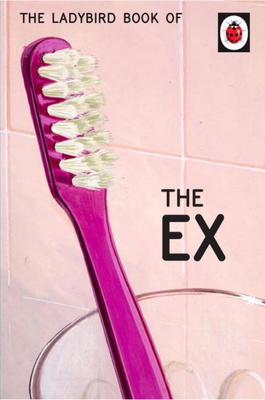 The Ladybird Book of The Ex

$13.00
In Stock
By Hazeley, Jason; Morris, Joel
This has been added to your cart!
Something went wrong, please contact the Bookstore for assistance.

The PERFECT GIFT for anyone who has ever broken up with someone or ever been broken up with, or is about to take a trip to Break-up City, population you. 'Ah well,' thinks Martin. 'At least she left me a packet of cigarettes and a little bicycle made out of pipe cleaners.' _____________ Rocco paid a fortune for the website getdianeback.com but it failed to get Diane back. So Rocco built a new Diane in his shed. The Diane runs on a 1kW motor, can run most Android apps, and will probably not run off with Rocco's brother. This delightful book is the latest in the series of Ladybird books which have been specially planned to help grown-ups with the world about them. The large clear script, the careful choice of words, the frequent repetition and the thoughtful matching of text with pictures all enable grown-ups to think they have taught themselves to cope. Featuring original Ladybird artwork alongside brilliantly funny, brand new text. 'Hilarious' Stylist