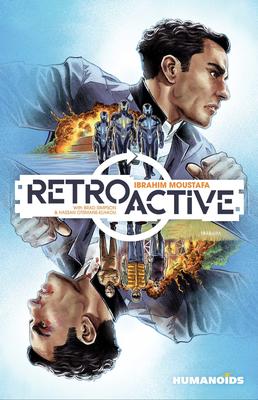 $26.99
Not In Stock
By Moustafa, Ibrahim
This has been added to your cart!
Something went wrong, please contact the Bookstore for assistance.

An agent working for the U.S. Bureau of Temporal Affairs sets out to discover the source of several anomalies in the timeline—only to become imprisoned in an inescapable time loop.

Temporal agent Tarik Abdelnasser is trapped in a time loop, living and dying over and over again.

The discovery of time travel is unknown to the general public, but a new Cold War rages between global intelligence agencies as they attempt to alter historical events in favor of their respective futures. When new intel points the U.S. Bureau of Temporal Affairs (BTA) toward a hostile anomaly in the past, veteran field agent Tarik Abdelnasser and his new partner, Lucia Olmos, are dispatched to investigate. They discover a radical adversary wielding a new technology that could unravel everything the BTA fights to maintain.

As Tarik gets closer to the truth, he finds himself trapped in a time loop where an imminent terrorist attack, and his own death, trigger the day to restart. He must keep his sanity intact and find a way to prevent the attack, escape the loop, and return to his own timeline to thwart the destruction of the BTA and everyone inside of it.

Ibrahim Moustafa is an illustrator and comic book writer/artist from Portland, Oregon. Best known for his Eisner-nominated comics Jaeger and High Crimes as well as his work on titles such as James Bond and DC's Mother Panic, he has been published by DC Entertainment, Marvel Comics, Image Comics, Dynamite Entertainment, Dark Horse Comics, BOOM! Studios, Valiant Entertainment, and IDW Publishing. He is the author of Humanoids' critically-acclaimed Count.