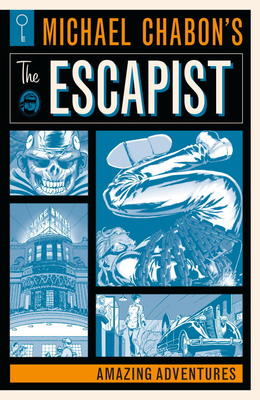 $33.99
In Stock
By Chabon, Michael; Barreto, Eduardo; Brereton, Daniel
This has been added to your cart!
Something went wrong, please contact the Bookstore for assistance.

In the fictional world of the Pulitzer Prize-winning novel, The Amazing Adventures of Kavalier & Clay, the Escapist--the epitome of Golden Age superhero--was conceived. This anthology is a collection of the hero's history and his exploits, created by an all-star cast of comic book luminaries.

The Escapist and his associates are heroes to all who languish in oppression's chains. They roam the globe, performing amazing feats to foil diabolical evildoers. From preventing a prison break and attack on Empire City, to facing a demonic horde in Japan, to crushing a galactic takeover in the year 2966, and to surfacing a sunken submarine from 300 fathoms, the Escapist brings hope and liberation.