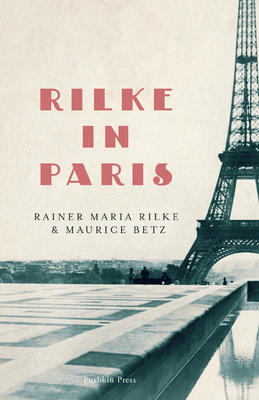 $21.95
In Stock
By Rilke, Rainer Maria; Betz, Maurice; Stone, Will
This has been added to your cart!
Something went wrong, please contact the Bookstore for assistance.

Rainer Maria Rilke offers a compelling portrait of Parisian life, art, and culture at the beginning of the 20th century.

In 1902, the young German writer Rainer Maria Rilke traveled to Paris to write a monograph on the sculptor Auguste Rodin. He returned many times over the course of his life, by turns inspired and appalled by the city's high culture and low society, and his writings give a fascinating insight into Parisian art and culture in the last century. Paris was a lifelong source of inspiration for Rilke. Perhaps most significantly, the letters he wrote about it formed the basis of his prose masterpiece, The Notebooks of Malte Laurids Brigge.

Rainer Maria Rilke (1875-1926) is one of the great German writers. A master of both poetry and prose, he is probably best known for Duino Elegies, Sonnets to Orpheus, and The Notebooks of Malte Laurids Brigge. Maurice Betz (1898-1946) was a writer and translator who worked closely with Rilke on the French translations of his works.