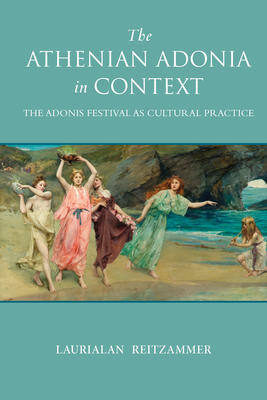 The Athenian Adonia in Context

$29.50
In Stock
By Reitzammer, Laurialan
This has been added to your cart!
Something went wrong, please contact the Bookstore for assistance.

Ancient sources and modern scholars have often represented the Athenian festival of Adonis as a marginal and faintly ridiculous private women's ritual. Seeds were planted each year in pots and, once sprouted, carried to the rooftops, where women lamented the death of Aphrodite's youthful consort Adonis. Laurialan Reitzammer resourcefully examines a wide array of surviving evidence about the Adonia, arguing for its symbolic importance in fifth- and fourth-century Athenian culture as an occasion for gendered commentary on mainstream Athenian practices.

Reitzammer reveals correlations of the Adonia to Athenian wedding rituals and civic funeral oration and provides illuminating evidence that the festival was a significant cultural template for such diverse works as Aristophanes' drama Lysistrata and Plato's dialogue Phaedrus. Her fresh approach offers a timely contribution to studies of the ways gender and sexuality intersect with religion and ritual in ancient Greece.

Laurialan Reitzammer is an associate professor of classics at the University of Colorado, Boulder.