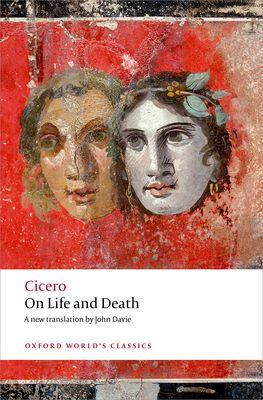 On Life and Death

$18.95
In Stock
By Cicero; Davie, John; Griffin, Miriam T
This has been added to your cart!
Something went wrong, please contact the Bookstore for assistance.

'any service I may have rendered my countrymen in my active life I may also extend to them... now that I am at leisure' Marcus Tullius Cicero (106-43 BC), Rome's greatest orator, had a career of intense activity in politics, the law courts and the administration, mostly in Rome. His fortunes, however, followed those of Rome, and he found himself driven into exile in 58 BC, only to return a year later to a city paralyzed by the domination of Pompey, Crassus, and Caesar. Cicero, though a senior statesman, struggled to maintain his independence and it was during these years that, frustrated in public life, he first started to put his excess energy, stylistic brilliance, and superabundant vocabulary into writing these works of philosophy. The three dialogues collected here are the most accessible of Cicero's works, written to his friends Atticus and Brutus, with the intent of popularizing philosophy in Ancient Rome. They deal with the everyday problems of life; ethics in business, the experience of grief, and the difficulties of old age.

John Davie is Lecturer in Classics at Trinity Collge, Oxford and former Head of Classics at St Paul's School, London. He has previously translated the complete plays of Euripides for Penguin Classics and has also translated for the Oxford World's Classics Seneca's Dialogues and Essays and Horace's Satires and Epistles. Miriam T. Griffin is Emeritus Fellow at Somerville College, Oxford, UK.